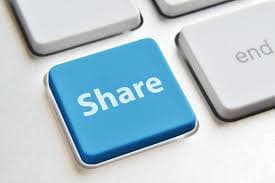 Something has been weighing on my mind, and I have wondered whether to write about it or not. I don't like to talk about more serious things on here - as I've mentioned before - I prefer for this to be a forum of whimsy and fun away from the seriousness we all face everyday. However, as has been the case in the past, some issues make me reconsider.

I was on Instagram last night and one of my favorite pattern designers from Storyland Amis had a very well-stated post about respecting designers and the time and effort it takes them to create patterns. When I read her post, I knew that I had to add my tale and my voice to what seems to be a growing issue in the crochet community.

I can't write patterns. I do not have that ability. I don't know how to look at something I want to make and be able to say starting from a blank slate I can do "X." As such, as an avid crocheter, and one who sells my finished products, I am indebted to those people who are able to write down patterns and make them available to the public. In return for me using these patterns, I give credit back to the designer when selling and discussing the work, as only is fair.

However, there seem to be two growing (related) trends in the crochet community that are becoming alarming and distressing to the heart regarding patterns. I am on many pages on Facebook for fiber artists (knit and crochet) and I noticed, especially during the quarantine, designers starting to post and say "please don't share my patterns that you have purchased."

When I first started seeing these, I was shocked. Almost all of the patterns I have purchased clearly state in the beginning or at the end that you should not share or distribute the pattern. Then, it started changing from patterns were being shared for free to people were taking other designers' work outright and copying it and re-selling or re-sharing it as their own work. That baffled me even more: We all learned early in school not to plagerize, and this is no different from copying another student's essay and trying to receive the credit.

At first blush, you might look and say, well once something is available in a digital format it is fair game to be shared and people will always look for ways to do this. I agree that providing something in a digital format makes it more accessable and easier to share; however, that doesn't change the fact that a designer worked really hard to write and test and take pictures and perfect a pattern that was their own unique thought/design. Just as I sell my finished creations as a way to make some extra money for my family, pattern designers sell their wares as a way to bring in extra money for their families - and someone redistributing a pattern takes away from that designer's ability to provide.

Since becoming aware of the issue of pattern sharing/stealing, I have made sure that I try even harder to support my favorite designers, leave them positive reviews on Ravelry or Etsy where I purchase my patterns, and credit their designs when showing off my kiddos. This, however, brings me to the second part of the sharing problem.

Over the past several months, I have had no less than 10 people message me through Etsy - not to ask me questions about a custom order or what materials I use - but to ask me to share a specific pattern or two.

At first, I was confused. Who was this random person? How did they know to reach out to me? I spoke with some other fiber artists who purchase on Etsy and they had similar instances. What in the world?

I wondered if it was some kind of test: Was Etsy somehow testing me to see if I would break the rules and share a pattern that I knew that I shouldn't share? Was the designer testing me using another account? Some of these early messages I totally ignored or would respond "can't share, not my pattern."

After the third or fourth time this happened, it finally dawned on me: People who wanted a particular pattern were going through the reviews and messaging people at random (or maybe everyone who wrote a review) to ask for the pattern. Holy crap! While I know that my review is public, and I want it to be public to show my support of a designer's work, that doesn't mean I give consent to be messaged about the pattern.

I was very distressed when I figured this out. Upset that people would go to that extent to try to get something without paying for it, and that they were using my own review of a pattern to try to get me to break the rules. Once I realized what was happening, I tried to process what I could do about it and I messaged the designers to let them know and made sure to let my other fiber artist friends know about it, but it just really gnawed at me.

I continued in this vein until about a month ago, and then I knew that I was going to have to say something to a larger audience. A month ago I get another one of these random messages: Hey, I saw you bought X pattern, I really would love to make this for my son, but I don't have PayPal, would you be able to share it with me via email?

This began a more than two-week harrassment.

My Etsy convos were filled with messages from this person: Continuing to badger me into giving them this pattern: To which I kept saying "no."

Halfway through this cycle, the person started to say that I at least could give them the number of increases and decreases for a specific row - and that's when I really knew what I had suspected - while this person may have been legitimately trying to make this as a gift for their child, they were trying to copy the work that someone else had already done and write the pattern. I emailed the convo to the pattern designer and then closed my phone for the night.

Here I was showing support for a designer by providing reviews for them to help their store and to help other buyers feel good about their purchases knowing some information from people who had purchased the design, and here were people using my review (and others) to try to get something for nothing. And this has a negative impact on a designer's business, too, because if people don't review your products, it is possible that potential customers will think the work isn't good and decide to go with another pattern - and that pattern could be one that is a copy of the designer you didn't go with.

So what is the solution?

The best solution would be don't share digital patterns. While there are some patterns that are free that probably can be shared, it probably is best just to get in to the habit of not sharing patterns.

Another method is if you are contacted (like I have been through Etsy) to share a pattern, make sure you report this to both the pattern designer and Etsy so that they can be aware of the situation. From my experience, I think the best way to involve the escalation into harrassment is to just not respond to these requests. I think by my saying to the person "This isn't my pattern, I cannot share it with you," it made it look like I was open to a discussion on the topic where I wasn't.

My final solution is just to continue to support your favorite designers. Show them love on their Etsy page with your reviews, and tag them on your social media pictures showing the final creation.

We've been taught since kindergarten that we should share and that sharing equals caring: However, when it comes to sharing someone else's work this definitely does not mean that sharing is caring.