Breaking from the Norm and Embracing the Routine 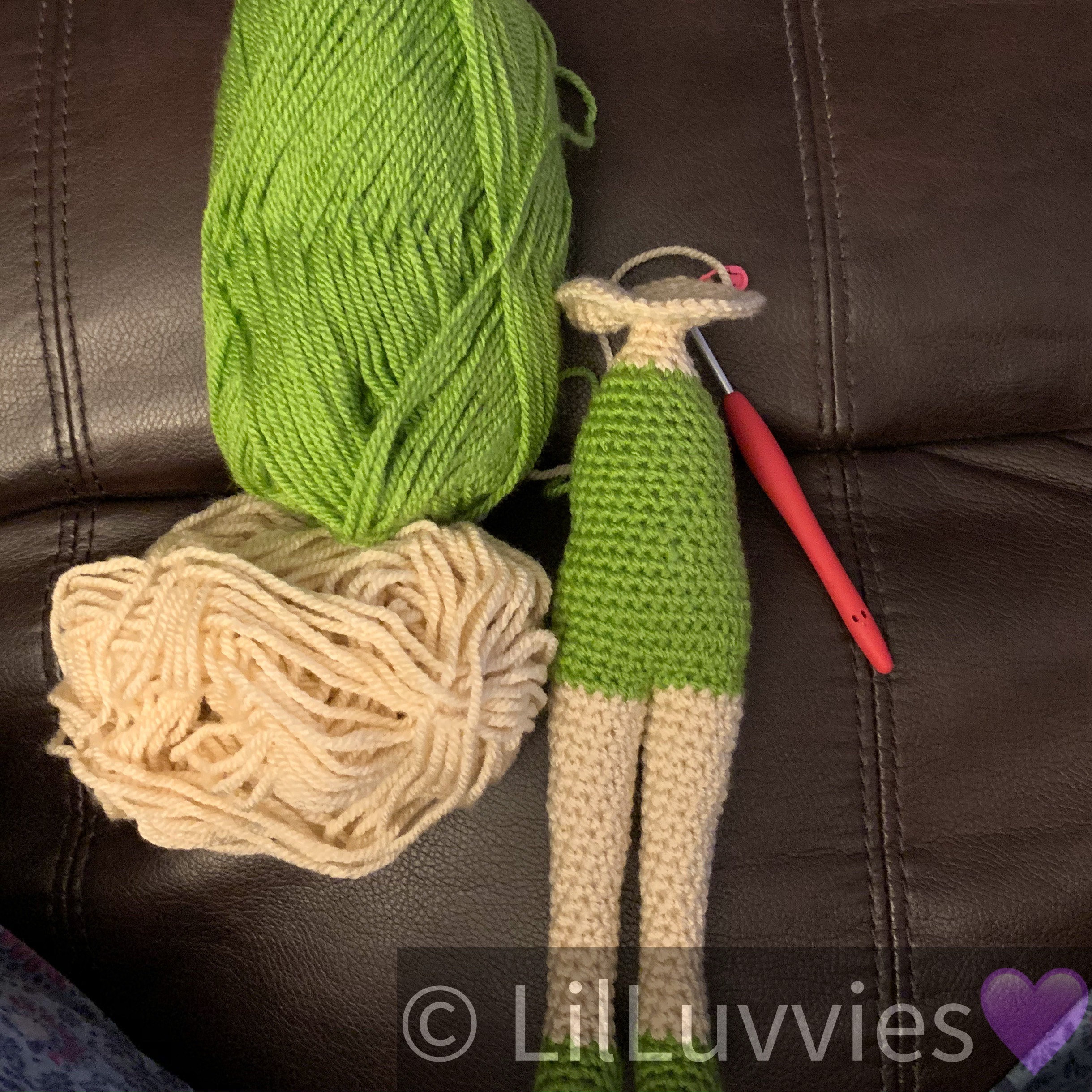 My daughter is on the autism spectrum; not severe, but she has her quirks and there are stimuli that definitely overwhelm her more than other children her age. Because of some of her challenges, routine is such a big part of her life - almost to a fault.

The ironic thing is creating some of these routines for her has made me realize what a creature of habit I actually am; and that extends to my crochet work, too.

I have talked before about my crochet OCD and how I need to collect patterns from my favorite designers, even though I already have more patterns than I could make in two years; but, I also have a comfort level with what I make.

Aside from when I have been asked as a custom order for a friend, I could count on one hand the number of times I have made a "traditional" doll (and I stress traditional because my voodoo dollies don't count, lol).

I lean toward the cartoonish and to stuffed animals more than baby doll type amigurumi. That just is my comfort zone and I rarely stray from it.

As I'm preparing to leave for DC at the end of the month, I decided to work on a fairy - I want to have her becuase of a line in season 6 of Supernatural; and, I really have been struggling, but I couldn't understand why. The pattern is no more or less complicated than others I have worked with previously. There is colorwork, but it is what I have worked with before. But every night I feel like I am forcing myself to continue with this project and it finally dawned on me - this is not my routine.

My happy place are overstuffed animals and pillows and voodoo dollies not the more traditional type - even though a fairy has her own qualities that make her unique.

I think the thing that is disconcerting - for me - with a traditional doll is the proportions. It is difficult for me to gauge how firmly to stuff, or if the stuffing is laying properly. A teddy bear is meant to be super stuffed and soft and loveable, but the way a lot of doll patterns are made there isn't a lot of room for that - the dolls are meant to be more on the narrow side. At one point on the doll I am working on currently, I practically had to use a funnel to get stuffing into some parts of the anatomy.

This is nothing against the pattern. Also not an indictment against people who make actual dolls - their work is awesome. This is more of a realization about my own desires as a crocheter, and probably why, even though I have dozens of doll patterns, this will be the last one I make for a while unless specifically asked to.

I guess my daughter isn't the only one who gets stuck in her routines: She is her mother's daughter after all.